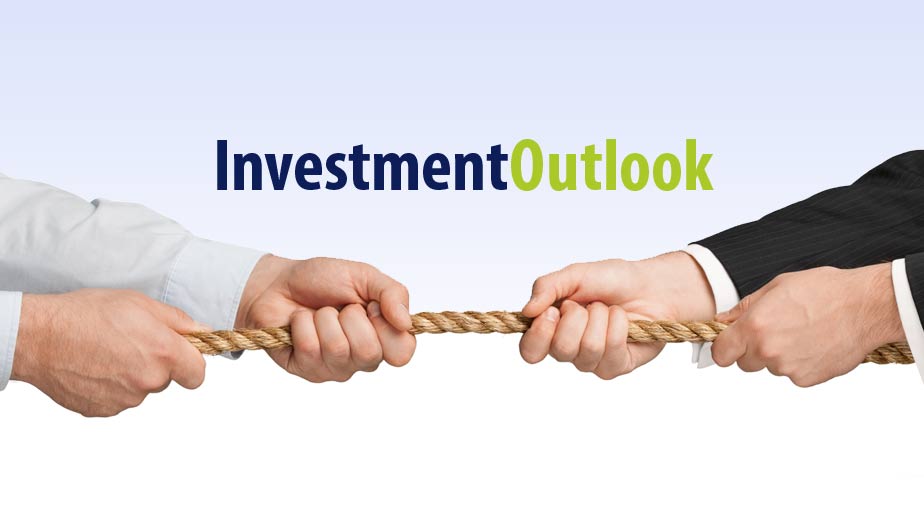 Fifty-three years ago, on April 1 1966, the first issue of Investment Quality Trends was published. At that time the investment newsletter world consisted primarily of The Value Line Investment Survey and Richard Russell’s Dow Theory Letters.

What was unique about Investment Quality Trends, known more commonly today as IQ Trends, was that it was designed specifically for the professional investment community, and its publisher and editor was a woman.This latter fact wasn’t widely known until 1977 when G Weiss, the pseudonym used by Geraldine Weiss, was introduced to the investing public by the late Louis Rukeyser on Louis Rukeyser’s Wall $treet Week television program.

The reason Geraldine was profiled on the program was the returns to subscribers of Investment Quality Trends had been so good it caught the eye and attention of Mr. Rukeyser and he wanted to share that information with his audience.

It is important to remember that in 1977 there was no internet and no social media. In terms of a national financial media presence there was the Wall Street Journal, Barron’s, and Louis Rukeyser. That the track record of a little-known newsletter from La Jolla of all places, someplace definitely west of the Hudson River, was worthy of national attention by perhaps the foremost commentator on the stock market, was not only a major accomplishment for an off Wall Street entity, it was accomplished over the course of one of the most brutal bear markets in history that spanned from 1966 until the end of 1975. The S&P 500 lost over 45% of its value during that bear market, yet IQ Trends, created and managed by a woman, averaged annual double-digit returns.

Today, we still count it as an honor and a privilege to assist many of the professional financial community’s major institutions, but perhaps most rewarding is the relationships we have enjoyed with the serious, private investment community that has profited from our common-sense approach to investing in the stock market. Thank you for allowing us to accompany you on your investment journey and the opportunity to assist you in realizing your investment goals and objectives. My hope is the next fifty-three years will as successful and rewarding.

One of the longer-running debates in the investment world is whether the bond market is smarter than the stock market. As far as predictive ability goes, I would say the bond market has the edge. Why is that? Perhaps it’s because bonds are a loan and the lender forfeits the upside potential of stocks for the “guarantee” of fixed interest payments and return of capital on a specific date. Rather than taking on the price risk in the stock market, the risk in bonds is that during the life of the loan interest rates won’t increase too quickly, and inflation won’t erode the buying power of their return of capital.

Another way to think about this is the bond market is more attuned to the economy and the stock market to earnings.

A fairly contemporary example would be to look at a monthly chart of the 10-Year Treasury yield. From November/December 2013 the 10-Year yield declined until June of 2016, when it reversed course fairly aggressively. At that time the conventional wisdom was Hillary Clinton would win the presidency and continue the economic policies of the previous administration, which weren’t exactly thought to be pro-growth. Keep in mind that rising interest rates are more associated with expectations of higher inflation and stronger economic growth, which, in fact, did materialize in 2017/2018. How much the Trump economic policies were a contributing factor is a debate for another time and not important to this discussion. The point is the bond market appeared to know this before the stock market.

In September, the yield on the 10-Year peaked, well ahead of J Powell’s October “nowhere near neutral” comments and has been declining steadily since. Clearly, the bond market was ahead of the curve on sniffing something out before the Fed announced no more rate hikes for 2019.

So, here we are with the battle lines clearly drawn on the two competing camps:

One is that this is just a blip in an ongoing expansion and the bull market in equities is nowhere near over; The other is that we’re seeing the last gasps of a dying bull market and a recession, therefore the end of the world as we know it, is nigh. Okay, so the latter might be a little dramatic, but I can’t resist poking a little fun at the hysterics.If you’re inclined to ascertain the direction of the broad market then, you might look to the 10-Year yield as an early indicator.

Of course, you need to be comfortable with charts and have a little knowledge of technical analysis for this to be of any use to you. On the other hand, you can focus on what has worked at IQ Trends for fifty-three years, which is to build a portfolio of high-quality stocks that represent good historical value, hold them until they reach their repetitive high-price/low-yield Overvalue area, then sell, rinse and repeat.

This approach may lack the excitement and drama of alternative investing methods, but if what you are interested in is consistent, long-term return on investment, then our approach is probably your cup of tea. In closing, I typically wait until the First-July issue for a mid-year review of the Lucky 13, but subscribers have requested I do it after each quarter so here it is through the close of March 27.

Back to Investment Outlook