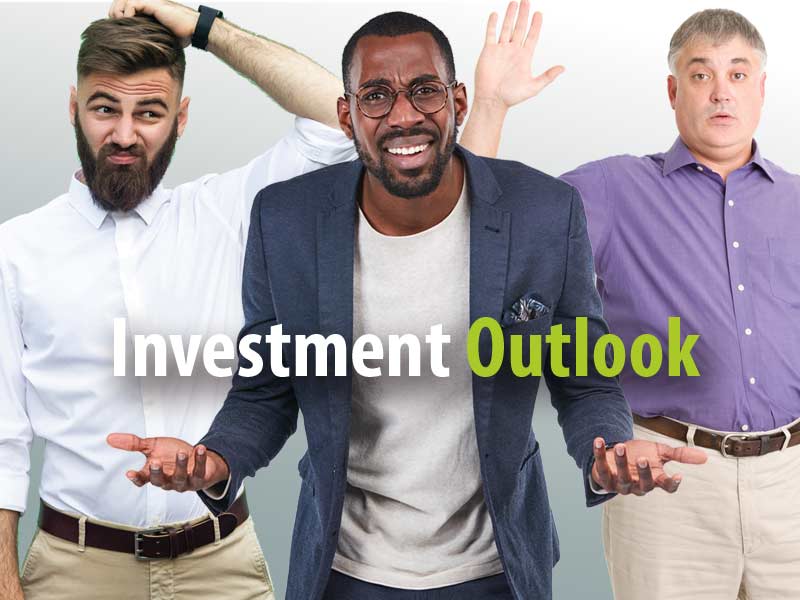 August, the dog days of summer. Heat, humidity, pennant races, back-to-school shopping, all fun stuff. August is also when a lot of the big boys are on vacation. I mean seriously, who wants to be in lower Manhattan in August?

In the mid-80’s I left my cozy little investment boutique in La Jolla for the now defunct Dean Witter Reynolds. Even though I had been a producing broker for a few years, when you joined an NYSE firm you had to go to New York for four to five weeks “to be immersed in the culture.” What that meant was meeting all the department heads, listening to hours of never-ending speeches, and kissing the rings of all the bigwigs. To add insult to injury I had to go in August, when the subways stunk to high Heavens and your suit was drenched after the five-minute walk from the hotel to the subway station. So, I get it why those who can get out of town until Labor Day.

What this means is that the trading volume typically slows down and the volatility picks up, which makes a lot of investors nervous.

Add this to the already general feeling of nervousness because of the tariffs and heightened geo-political brouhahas, and what you wind up with is an environment where anything can happen.

You can get a real sense of this simply by reading the headlines and articles in the financial press. Per the norm there are the typical diametrically opposing views and opinions, but more and more I am starting to see and hear things on the more extreme fringe.

To be sure there are the typical perma-bulls and perma-bears that cancel each other out, but some of the big firms are beginning to not just talk but to move capital around.

One for example recently sold 25% of its large-cap growth position, rotating that into large-cap value strategies. In addition, the investment bank reduced its small-cap equity holding positions by 30%, putting that into cash equivalents.

Ostensibly this was the result of an analysis that large-cap growth and small-cap equities had run their course and in the case of small-caps that they were not the safe haven that many in the market perceived them to be.

These are of course top down moves, meaning that the firm has a global view about the economy and the market and which asset classes will outperform, or not, then allocating their capital into or out of asset classes to fit their global view.

As long-time readers know we take the opposite, bottom up approach in that we look at individual stocks to see if first, they meet our qualitative standards, and second, if they offer good present value. This goes hand in hand with our philosophy of following the market of stocks as opposed to the stock market, which are two entirely different things.

We don’t fault asset allocators for their views and opinions, it’s just that making global predictions about asset classes is extremely difficult, whereas finding individual high-quality stocks that have repetitive patterns of excellence and value and perform regardless of the machinations of the market are easier waters to navigate.

Obviously, there are some headwinds in the economy and the market that should not be ignored. Although the Fed did not raise the rate of Fed Funds at its most recent Open Market Committee meeting, they all but promised they would do so at the next two meetings, and perhaps as many three additional times in 2019. What the Fed hasn’t put on hold, however, is the systematic withdrawal of reserves from the system that were added during the QE era to the tune of $70 billion dollars per month.

If you do the math that is $840 billion per year, which is not too far off from $1 trillion dollars. Yes folks, that trillion with a T.

Allegedly the Fed isn’t going to take out the entire $4 trillion or so they added from QE, probably stopping around one-half of that. Still, that is a tremendous amount of liquidity that will exit the system, and if you couple that with rising Fed Fund rates it puts a serious amount of strain on the system. What is yet to be determined is if there will be sufficient organic economic growth to offset this removal of liquidity from the system. As always, only time will tell.

The above, in my opinion, is the greatest long-term threat to the market. As is typical, however, many market participants are focusing on short-term issues such as tariffs.

From my vantage point Europe has already blinked, and I expect Canada and Mexico to follow suit. The US is just too important a trading market to try and outlast in a prolonged standoff. China is a little bit different animal in that they have a controlled economy, but they’re already in a bear market and I suspect that now that the US has started fighting back with some backbone these disputes will be settled in a way that both sides save face.

That analysts are downgrading stocks whose earnings are projected to decrease because of tariffs are in my opinion shortsighted. On the other hand, I’ll take it if the handwringing brings down prices to where good present value exists. So, by all means wring away. We’ll gladly step in and take advantage of the nervous nellies that miss the forest because of the trees. Remember, what is important is a company’s ability to maintain their dividend, which is where the true value lies. High quality companies typically maintain a healthy payout ratio or have sufficient cash flow that a temporary dip in earnings is no big deal. This is the advantage the value investor has, to recognize high-quality and good present value, which allows us to step-in and benefit when the market misprices something for all the wrong reasons.

In closing that’s about it. Stay cool, both in body and in temperament. September is around the corner and that is typically where the real fireworks take place, even though October gets the bad headlines.