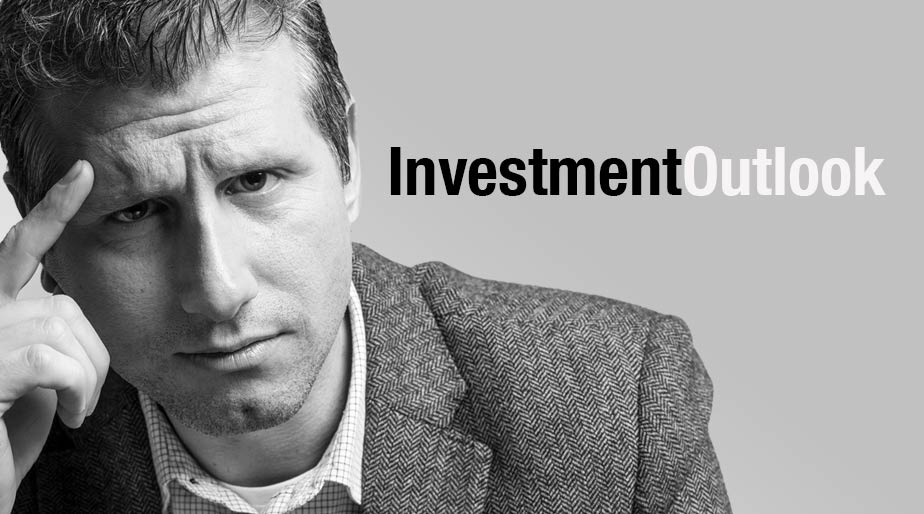 I mean seriously, what did you think they were doing every 6 weeks?

What is analogous to previous market declines is a change in investor sentiment. Stated simply, when investors are feeling confident they have a decidedly “risk on” approach and buy with abandon. When confidence begins to falter investors become risk adverse and sell with equal abandon. Declines in prices, you will note, are considerably faster and more violent than are increases in prices. More likely than not this is attributable to the unwinding of leveraged positions. Leverage is borrowing money to increase the amount of purchases. When the market starts going south these positions need to be sold and the money returned so the borrower doesn’t receive a margin call.

The trigger to the recent change in sentiment is the realization that interest rates are rising. Where everyone has been the last couple of years escapes me as this has been going on for a while now. I mean seriously, what did you think the Fed was doing every six weeks in their Open Market Committee meetings? They have been voting to increase the rate of Fed Funds and withdrawing the liquidity that was added to the system through Quantitative Easing.

As I have stated ad nauseum, the market is only worried/scared of two things: Rapidly rising interest rates; and, inflation. Inflation, as currently measured, appears to be of no concern. Interest rates, however, are starting to be a concern.

What spooks investors about rising interest rates is that it increases the cost of capital for not just corporations but everyone who borrows money. As the cost of capital increases it detracts from profits, which of course impacts earnings. When Wall Street anticipates a cycle of declining earnings it concurrently reduces future stock prices, which results in institutional liquidation of stock positions. As prices begin to decline many private investors will begin to liquidate their positions as well and before you know it prices across the board go spiraling down.

Also, for anyone with any kind of consumer loan, credit cards, auto loans, mortgages, etc., the cost of servicing those loans also increase, which reduces the amount of money available for discretionary spending, which is a major driver of the economy.

A secondary, but in my estimation a more important factor to consider about rising interest rates, is that the return on fixed-income investments become more attractive to investors. This is particularly important for this half market cycle as many investors who were never comfortable in owning stocks were nonetheless forced into stocks to get a return on investment because Quantitative Easing all but obliterated the returns available from fixed-income.

As the returns available from fixed-income become more attractive due to the increase in interest rates, however, many of these investors will abandon their stock positions for positions in fixed-income securities, which they feel more comfortable in owning.

My thought is last week’s kerfuffle in the markets is a warning shot across the bow, albeit an early warning shot, and will probably dissipate as Q3 earnings roll out in earnest the next couple of weeks. If earnings are anywhere near what is projected, and I suspect there will be more than a few “upside surprises,” as corporations are notorious for sandbagging their earnings projections so they can report “unexpected blowout profits,” which Wall Street will extrapolate permanently into the future, then this spate of selling will soon be forgotten.

Once earnings are in and the election is behind us, the deck should be cleared for the typical year-ending rally. As such, my thought is the market will end the year with a gain, although a modest one.

I further expect the upside to continue into the first two weeks of January, and then another kerfuffle as of a yet to be determined length and magnitude. My last thought on this subject is that decline will also be erased, and the market will make one last push into a high-water mark in Q2 of 2019. After that all bets are off as Fed Funds will most likely be at least another half-point higher, which could correspond to a ten-year Treasury yield in the upper three percent range.

Historically this will still be a below average rate for the ten-year, but when coupled with further reductions in the QE liquidity, it could put a strain on the economy. In short, I believe 2019 could be a tough year for returns in the major averages or indices, but that does not mean there will be no returns available in the stock market.

We will have plenty of time to address the challenges and opportunities for 2019 after the calendar flips, but in the interim there should be an opportunity to pick up shares of great companies at good present value over the next few weeks. As such I suggest you look at your portfolio to see if there are sectors that are unrepresented, or underrepresented, and if shares from one of these sectors fall into the Undervalued category that they become part of your investment considerations.

For those who believe the heightened volatility is signaling danger ahead, I would suggest that the markets are simply normalizing. The last few years of extremely low volatility have been the exception rather than the rule. A healthy market should demonstrate some healthy volatility, otherwise one need not be an intelligent investor, just one who is in and along for the ride. I believe we are entering a new cycle in the market where old-school skills such as the ability to identify quality and recognize good value in individual stocks will outperform passive strategies and the vehicles used to implement them like indexed mutual funds and ETF’s. if I am correct then we as enlightened investors should do quite well.