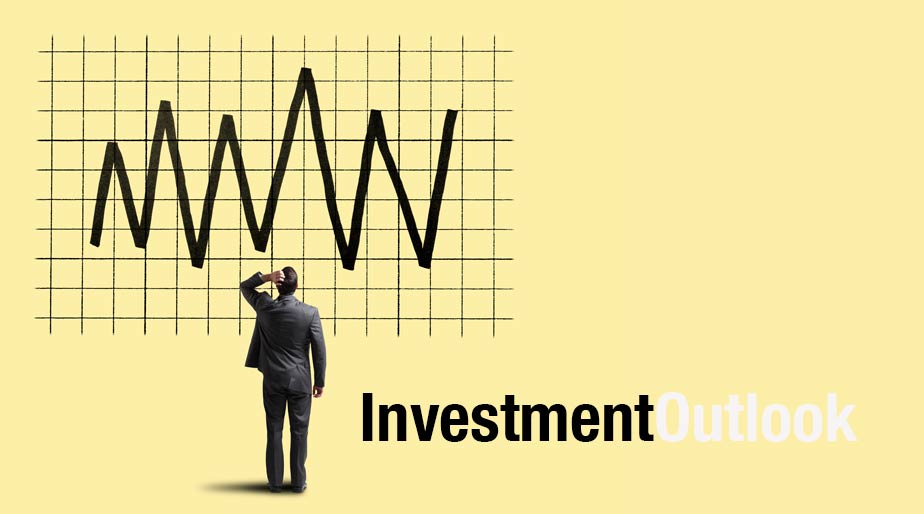 Fluid policy may lead to increased volatility or the forseeable future

Greetings, salutations, and heartfelt good wishes to you and yours for a year of good health, happiness, peace and prosperity. Each year the economy and markets present a unique set of challenges. Some are already known as they have been lingering for years waiting on a solution. Others unfold in a time and place that no one can anticipate. Accordingly, it really isn’t much of a gamble to suggest that the year ahead will provide myriad moments that shock, amaze and surprise us all.

I’m not just talking about politics, which, let’s face it, are always intriguing, and now that there is a divided government both parties will use all means, both fair and unfair, to enact their agenda and lay the ground work for the general election in 2020. As the art of compromise has apparently been permanently abandoned, it remains to be seen what, if anything, can be accomplished in terms of fiscal policy.

As for monetary policy, which prior to December appeared to be chiseled in stone, it appears now that the Fed is “evolving” on that point, which I suspect means they will make it up as the year unfolds. This suspicion is clearly not my own, however, as the uncertainty of a fluid policy has led to a decided increase in volatility, which I suspect will linger for the foreseeable future. What will be interesting to see is how, or if, the Fed will continue the normalization of interest rates and their policy of Quantitative Tightening (QT) going forward. Whatever they decide will most surely affect the yield curve. How the economy and markets react to both, politically and monetarily, remains to be seen.

On the geopolitical front there is a cornucopia of challenges: China; Brexit; the Middle East, particularly Saudi Arabia; the EU, etc. In other words, the usual suspects, any one of which could blow up at any time and throw the global economy and markets into chaos and turmoil.

As I review my comments from the First-January 2018 issue I find that some were prescient: “There are multiple potential headwinds in 2018, not least of which is the current level of valuation in the broad market. Using the historically most reliable valuation measures, the only two periods of greater overvaluation than today were 1929 and 2000. Looking at our internal valuation measures, the dividend yield on the Dow Jones Industrial Average is within mere basis points of its Overvalued yield of 2.0%. The Undervalued category is at or near its lowest percentage of our Select Blue Chip universe since 2003/2004. Lastly, the Overvalued category is more than double that of the Undervalued category. Historically, when these three indicators have occurred simultaneously, the broad market has experienced some degree of correction.”

In the interest of fairness and full disclosure, however, some were not exactly brilliant: “With a legislative victory finally under its belt, Congress will attempt to move more of its fiscal policy agenda down the field. If I were a betting man, I would suggest that will include the long-promised spending on infrastructure.” Oops, I laid a total egg on that one.

As a stock picker my bailiwick is looking at what Mr. Market gives me to work with and then finding the values and opportunities within, not reading the tea leaves. Given this piece is the Investment Outlook, however, I do have some thoughts going forward.

For most of 2018 I anticipated the second half of 2019 would have us in nasty correction territory. For whatever reason Mr. Market decided to take us there now. Given that turn of events I have altered my forward outlook.

Yes, some sectors and indices are in bear market territory given their 20%-plus declines. I don’t see an across the board all indices bear market right now though. My thought is a rally will ensue, and since I am writing this a week ahead of publication it may have already started. This rally, whenever it begins, could carry through January and into early February. If that rally unfolds as I anticipate, my further thought is we will revisit declines once again, and perhaps at that point will dip technically into a broad-based cyclical, not secular, bear market. This is an important distinction as a secular bear market would end the long-term bull-trend from 2009, which I don’t see at this time.

Given the amount of time and price movement in this fourth quarter, I think a cyclical bear would run its course before the end of the second quarter, and the rest of 2019 and through 2020 will enjoy another prolonged uptrend.

The above notwithstanding, what does or does not get implemented in terms of economic policy, what the Fed does or does not do, what happens geopolitically, are all things that can affect the economy and markets in ways that simply can’t be predicted. In short, the conventional wisdom could be right, could be wrong, or somewhere in between.

The most prudent course then, from my view, is to stick to sound investment fundamentals. I know, fundamentals aren’t that exciting, but over the long-term they perform. Remember, all you need to build real wealth is to generate a consistent 5% return above inflation; about an 8% to 10% return per year. Sure, you can take a flyer on the craze de jour (read FAANG), but companies that don’t offer good current value or don’t have a long-term record of dividends and dividend increases aren’t investments, they’re speculations.

In closing, it is healthy to remember that each year in the markets is an adventure. There will be ups and downs and events that appear without warning. The good news is that investment success is not predicated on the ability to see into the future. All you need is the ability to recognize and acquire good value, exercise a little discipline and patience, and over the long-term you will be rewarded with rising dividends and capital growth.